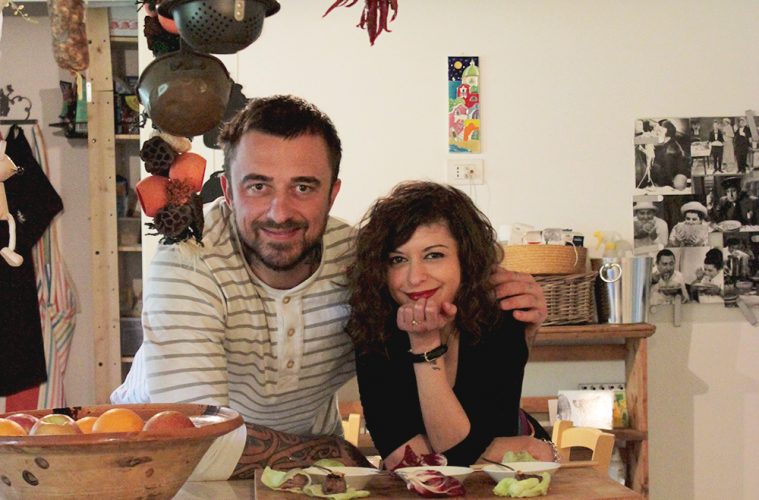 Globetrotter foodies is not news in US, but around Italy there’s one man of this kind, and this is Chef Rubio.

For the past 2 years, he has been travelling around the booth, hungry to taste the most popular and unusual street food of the Bel Paese. All his food adventures are shared on his TV show “Unti&Bisunti” (which means Oily&Greasy in English), and they look so good, you can almost smell the food he tastes from your sofa!

And guess what happened just recently? I went to Rome to spend a day cooking with Chef Rubio! So, make yourself comfortable and grab a snack, you’re gonna be hungry by the end of this story. 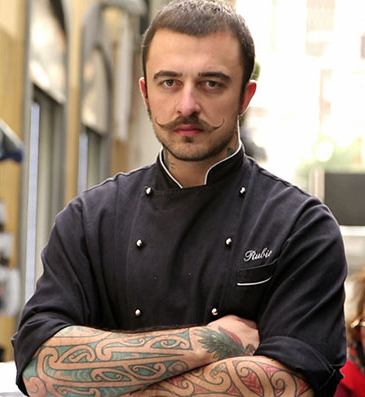 Gabriele Rubini, aka Chef Rubio, is not that kind of person you are likely to see on a tv show: spontaneous smile, charming roman accent, and a predominant willing to share his food knowledge. He’s also very shy, I tell you that.

We meet in Rome suburbs, Frascati, his hometown. Without hesitation, we head straight to the kitchen and down to business. He starts the food prep, and all the chopping and blanching seems to make him at ease… I so understand him. The kitchen is the perfect environment for Rubio. While he cooks, he tells me about his years playing professional Rugby: ” I’ve played Rugby in New Zeland for 2 years and I started cooking professionally at the same time. Once back in Italy, my day was divided between sport training and Alma (International Italian Cuisine Academy, ndr). After setting the sport aside, I fully concentrated on something I loved as much as playing: travelling the world and cooking. From Korea to Canada, I expanded my food and experience horizons, which lead me back home, eventually.” When I ask the reason behind this Korean Pork Bulgogi recipe, he says: “Cooking means good food and sharing, and the korean cuisine represents this concept very well. This dish is fast, healthy, tasty and born to be shared around the table”.

Even while he talks to me, he’s fully concentrated on seasoning the Capocollo, a juicy cut of pig between the neck and the fillet. I’m already drooling, but I manage to ask him if he regrets leaving Rugby. While rubbing the oil into the meat, and heating the griddle until screaming hot, he replies: “ I don’t regret quitting rugby because everything happens for a reason. Embracing changes has lead me to what I do today. Not only I have the chance to discover amazing people and places, but Unti&Bisunti allows me to share the few things I know about food; so I’ll do it until I have something to say, and then I’ll move on to another adventure. “ The meat is ready, and Rubio disappears for a moment and comes back with a shiny white serving plate. I smile – such an elegant touch!

I haven’t expected this coming from a man who often feeds himself simply with his hands. To my surprise, I am the one to suggest eating directly from the cutting board, and get a little Unti&Bisunti! My time with Chef Rubio has come to an end. As he grabs the first roll and pours it gently in front of my mouth, my heart gasps a little.

I don’t know if I feel more thrilled at the idea of tasting this succulent dish than worried about looking like a fool if the roll splits all down myself.” 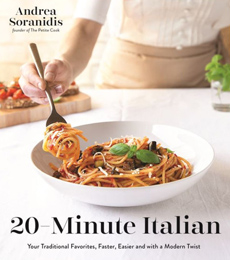 How To Make The Best Baked Camembert

How to Make Perfect Soft-boiled Eggs