These energy-packed vegan fruit flapjacks are made with super simple wholesome ingredients and, above all, are really easy to make.

Flapjacks are such a quintessentially British food. As many of you know I grew up in Italy, and I'm pretty sure no Italian there has ever heard of tried something like flapjacks.

So, the first time I had a bite of this delicious oat bar was few years ago here in London, and I absolutely loved it.

But I never attempted to make my own until a couple of days ago, and I'm so glad I did, these homemade vegan fruit flapjacks are a million times better than store-bought.

How To make flapjacks

These vegan fruit flapjacks are surprisingly easy to make, and simply great when you crave something sweet but kind of healty-ish. 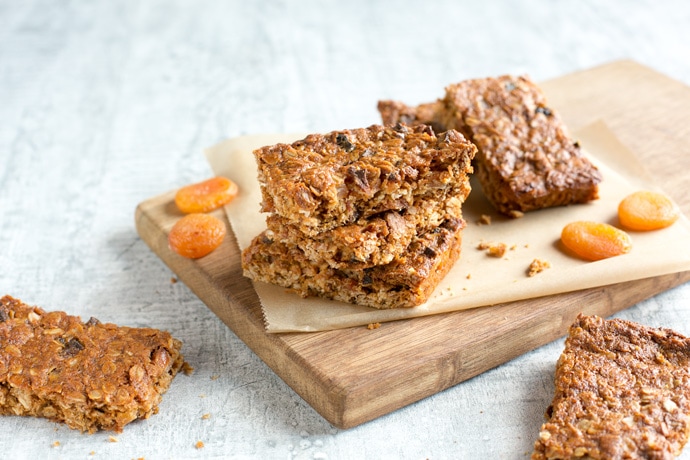 For the spices, I used both ginger and cinnamon, which give a nicely spiced aroma, that definitely brings these fruit flapjacks to the next level.

For the dried fruit, I used a combo of dried apricots, pears, prunes and cranberries, but feel free to use your favorite mix. 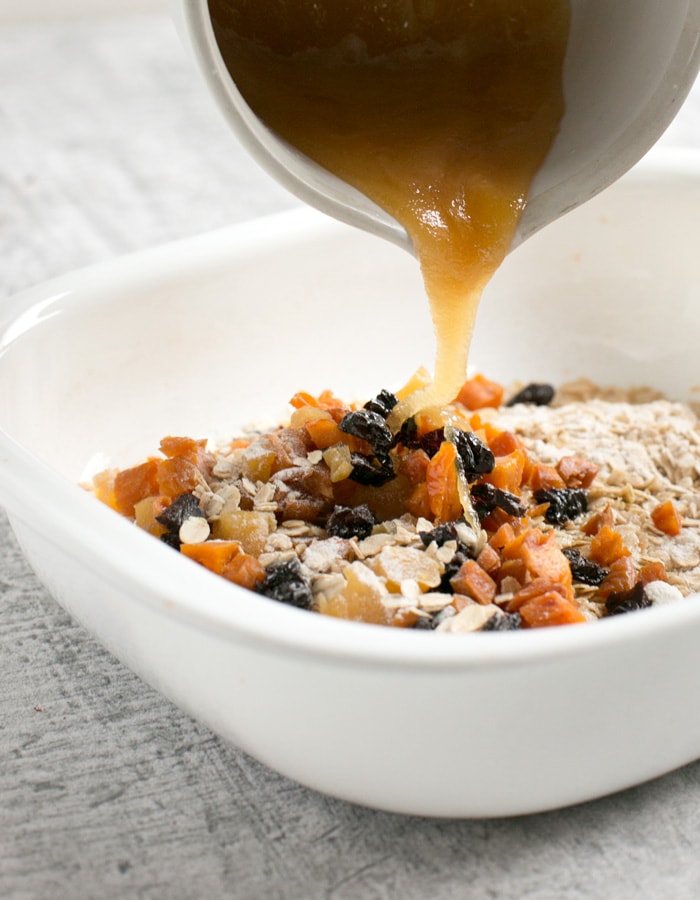 The recipe for making these vegan fruit flapjacks is just as simple as the ingredients used.

All you have to do is stir together sugar, coconut oil, and agave nectar, and heat until melted. Then, add in the remaining ingredients: flour, spices and dried fruits.

Once all the ingredients are stirred together, just transfer the mixture into a baking tray and bake for 30 minutes.

Et-voilà, before you know it, you'll have a batch of delicious, gooey homemade flapjacks to snack on during the week. 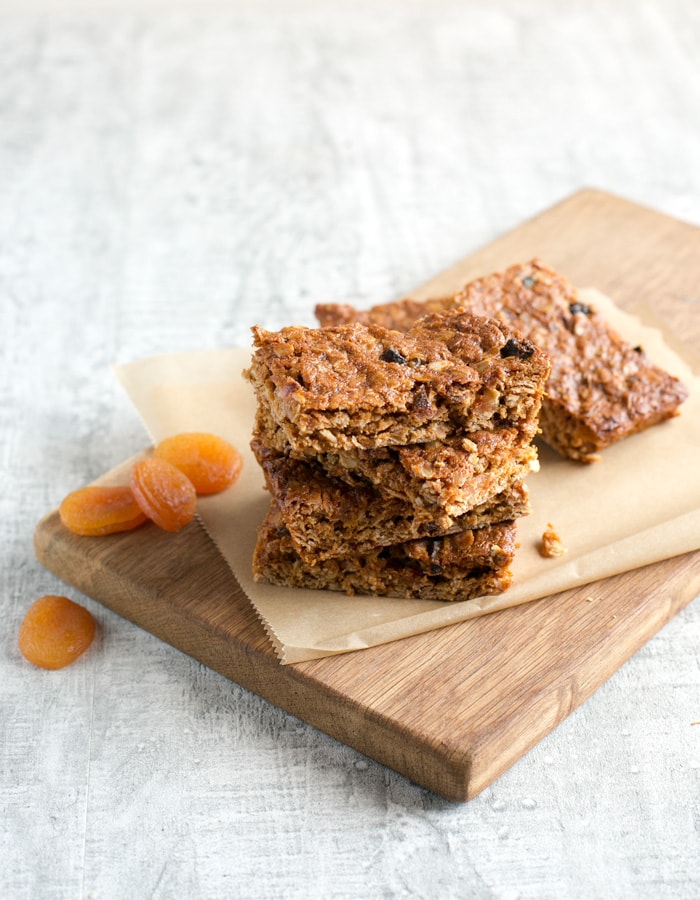 This recipe is deliberately inspired by the Ginger & Fruit Flapjacks made by a lovely food blogger friend, Izzie King from Coriander Queen.

She was the biggest ginger fan ever, and she always tried new creative ways to incorporate it into her recipes, including these flapjacks.

I made a few changes to her original recipe, to make it conveniently vegan and a bit more loaded in fruit.

Also, Izzie recommended to add glaced ginger pieces into the mix (which unfortunately I didn't have), so if you have it on hand, make sure to add it too. 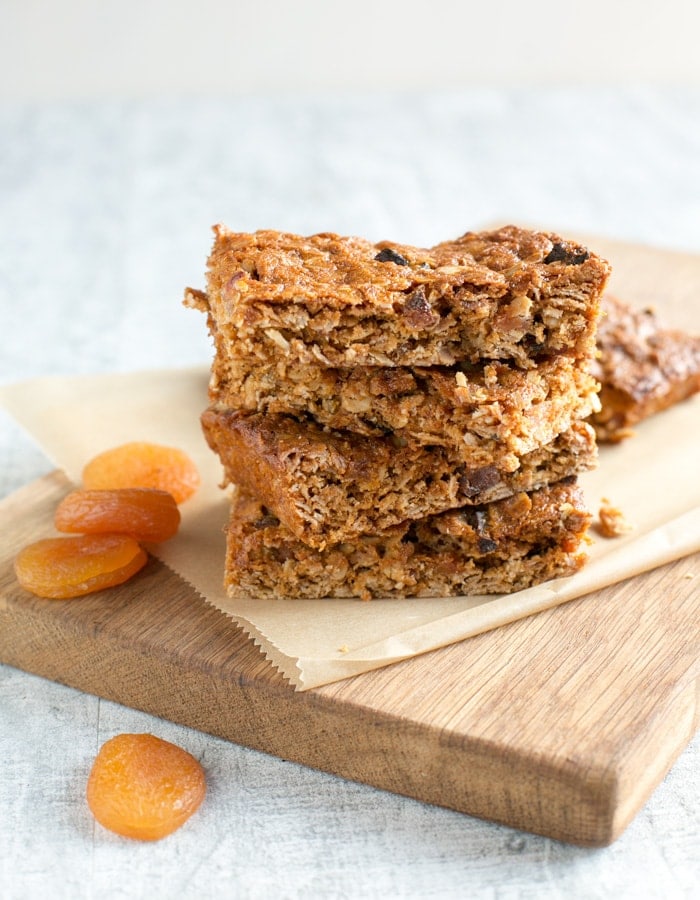