Cannoli, the worldwide famous dessert from the island I was born, Sicily.

There's not even an English translation for it, because they're simply unique. A sweet fried dough filled with the most fresh Ricotta di pecora (not from cow but from ewe/sheep), bits of dark chocolate and sprinkled pistachios. Come on, no wonder they represent Sicily around the world.

The first time these delicious sweet treats arrived on Sicilian tables was, guess what? During Carnival !

Cannoli were originally made during this festive season to make fun of whoever poor friend attempted to eat them.

One side was filled with the delicious ricotta cream, the other with cotton wool. Can you imagine their faces after the little surprise? I'm still laughing at the idea!

Frankly, I have made cannoli shells only once. They're amazing, but require time that I often don't have.

So, I decided to skip that part for this recipe and bought already-made cannoli shells. Blame on me, but let's be honest, if you want to satisfy your cravings for Sicilian cannoli, this is the best and quickest way possible. 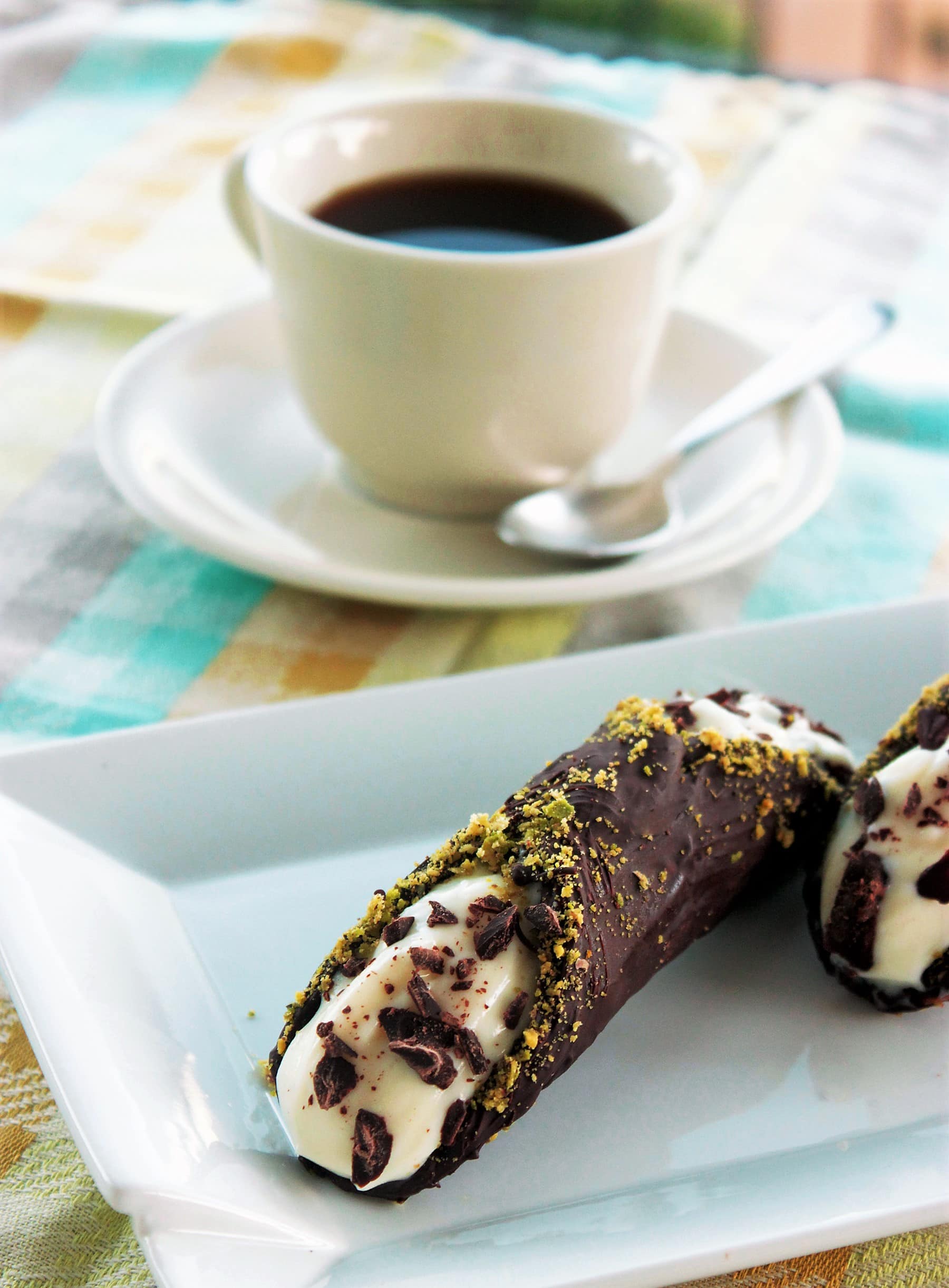 You can easily find already-made shells in most of the Italian food shops;  if you want to go for the homemade version, I suggest this recipe from Parsley, sage and sweet , is the most accurate and precise you can find around the web!

Now, let's talk about my own version of cannoli.

A chocolate addicted friend especially requested them for a Sunday  "merenda" ( Italian word for an afternoon snack break , that can last hours).
I love the ricotta filling, but i like to keep it basic and lighter than the original version. So, I gave a rich touch to the shells instead, and brushed them with dark chocolate. A sprinkle of crumbled pistachios on top did the rest of the job.

If you're looking for a lighter, quicker version, why not try these mouth-watering Mini Cannoli Truffles? 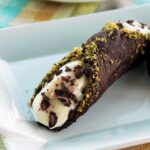