New England clam chowder is a milk/cream-based chowder, and it's an American traditional recipe, occasionally referred to as Boston chowder.

"A New England clam chowder, made as it should be, is a dish to preach about, to chant praises and sing hymns and burn incense before. To fight for. The Battle of Bunker Hill was fought for--or on--clam chowder; part of it at least, I am sure it was. It is as American as the Stars and Stripes, as patriotic as the national Anthem. It is 'Yankee Doodle in a kettle.'"
Joseph C. Lincoln (1870-1944)

Make sure you don't add tomatoes: in 1939 the Maine legislature declared illegal to add them to the clam chowder. But you fancy adding tomatoes in place of cream (making it “Manhattan-style”) is totally ok.

I loved every single scoop of this delicious chowder. It has quickly become a regular hit at the dinner table. It's just the comforting meal you need on a chilled fall evening.

It took me days to develop just the perfect recipe, but now I'm super proud to share this with you all. 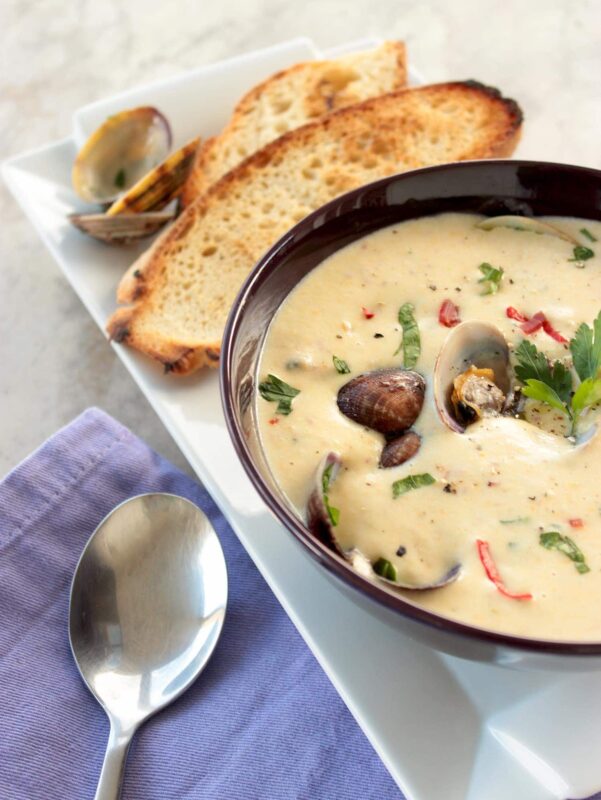 What about you, have you ever tried a traditional New England clam chowder?

Write a comment below and let me know how you liked it. Or even better, take a picture and tag it #thepetitecook on Instagram! I can't wait to see your pictures! 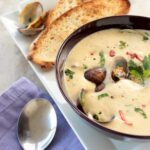